According to a recent Nielsen report, the first quarter of 2016 shows global consumer confidence edging up one index point to 98%. This is just below the “optimism baseline” score of 100. Scores were not consistent in every region, however. While the United States, Indonesia, and India showed some favorable scores, other countries did not.

The European market proves the best example of a region with “country to country” variance in scores. In the first quarter,

Other regions showing similar variances in consumer confidence scores include,

Nielsen’s latest online survey in March 2016 showed among the world’s largest economies, “the U.S. consumer confidence score was 110, remaining at or above the optimism baseline for nine consecutive quarters.” The survey also revealed, “confidence levels declined from the previous quarter in China, Germany, the U.K., and Japan.” 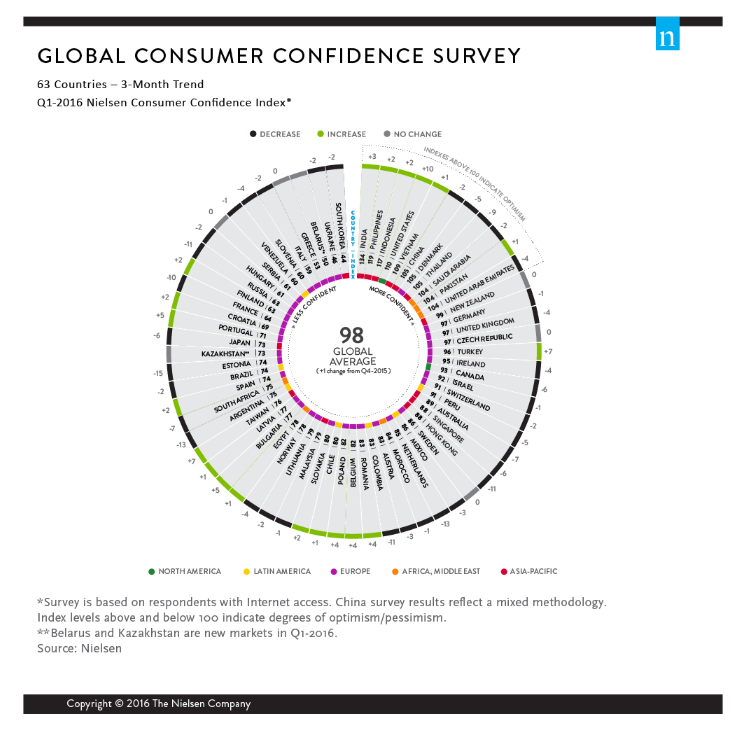 Want to use automated text messaging for market research and customer insights? Get in touch!