In just a few weeks, neighborhoods will be overrun with kids dressed as princesses and superheroes pounding down household doors for Snickers bars and M&M’s. Whether we’re ready or not, Halloween has snuck up on us once again. If you’re like me and plan to buy your costume the morning of October 31st, or will be shopping for candy minutes before trick-or-treaters arrive at your door, you’re in luck. This year, as those before, retailers are stocking shelves to meet consumers’ high demand for Halloween products. Rest assured you won’t be using an old bed sheet for a Charlie Brown style ghost costume or handing out a random assortment of snacks from the back of your pantry. (To the person who once gave me a sleeve of saltine crackers, I’ll never forget you.)

According to a recent study conducted by the National Retail Federation, 157 million Americans will celebrate Halloween this year. Not all celebrations will take the same form, however. Of these 157 million people,

Also, Millennials will be more likely to participate in Halloween activities than other generations. 81% of consumers ages 18-34 plan to celebrate, with 7 in 10 dressing in costume, almost half attending/hosting a party, one-third visiting a haunted house, and 1 in 5 dressing their pets in costume. 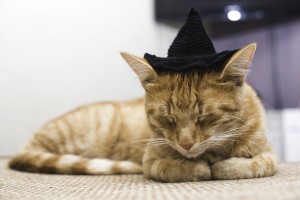 But how much do Americans plan to spend on these celebrations? The same NRF report indicates the average person celebrating will spend $74.34, with total spending for all consumers expected to reach $6.9 billion for 2015. Of this spending, the products predicted to bring in the most revenue are:

In regards to costume popularity, the NRF predicts for the 11th year in a row most adults will be dressed as witches, with more than 4.3 million donning capes and broomsticks. 2.4 million will channel their spirit animal, 2 million will go as “Batman” characters, 1.9 million as zombies, and 1.4 million will dress as “Star Wars” characters. Also, there’s the potential we could see around 774,000 Donald Trumps this year. 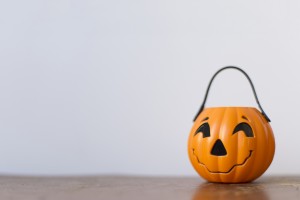 For children, princess costumes maintain a 11 year reign with an estimated 3.2 million little ones participating in the trend. Other contenders are Disney’s “Frozen” characters at 2 million, “Star Wars” characters at 1.8 million, and “Minions” at 1 million.

For pets, many owners will opt to dress their furry friends as pumpkins or hot dogs.

But here’s the thing, despite consumer hype and the explosion of Halloween products from retailers, spending has actually gone down from last year. While spending this year is almost $75 per person, this dollar amount is about 4% less than the $77.52 consumers spent in 2014. So while Halloween consumer and retailer mania doesn’t look like it’s going to end, the NRF predicts 2015 spending on these products to be more conservative than last year.

Are you a Market Researcher or Customer Insights Professional? Learn how Instant Census SMS surveys can get you a 50% response rate within 1.5 minutes and a 85% response rate overall on your next study. Contact us today!