Pew Study Finds Twitter Users Have Multiple Personalities, LinkedIn Is A Ghost Town, And Facebook Is Full of Teenagers

The Pew Research Center recently released a study on social media usage, which we compared with published user counts from Facebook, Twitter, and LinkedIn. Here are some things we discovered by comparing Pew’s findings with the companies’ own numbers:

Based on Pew’s data, the number of people using Twitter is actually much lower than Twitter’s reported number of monthly active users, probably because many people who use Twitter have multiple accounts (work accounts, personal accounts, joke accounts, and spam accounts).1

Facebook’s numbers are slightly higher than Pew’s. We have to estimate how many minors are on Facebook, because Pew only included survey results from people 18 and older, but Facebook’s minimum age is 13. If we assume that 80% of 13-17 year-olds are monthly active users, we get 169 million Americans on Facebook, 11% short of Facebook’s reported count. Facebook says in its quarterly earnings that it estimates duplicate user accounts and spam accounts to be fewer than 7% of monthly active users. If we assume duplicate and spam accounts are close to 7%, we get an estimate only a few percentage points higher than Pew’s 2.6% margin of error.

Pew’s data and Facebook’s data have a wider disparity for daily active users: Facebook reports 16% more daily active users than Pew finds (assuming 80% of 13-17 year-olds are on Facebook daily). This could stem from a difference in definitions: it’s possible that people who told Pew they use Facebook “weekly” actually use it several times a week, and on any given day, Facebook counts a large proportion of them in its daily active user tally.

A Longitudinal Study Could Provide Even More Insightful Data

The Pew study is a snapshot of social media usage at one point in time. A longitudinal study might provide even greater insight by asking the same participants the same questions regularly over a period of time. For example:

Longitudinal studies have very effectively leveraged Instant Census text message surveys to regularly and unobtrusively ask people the same set of questions every few days. Text messaging is uniquely suited to longitudinal and diary studies, because respondents are much more willing to quickly answer short questionnaires than to regularly take a long phone call or periodically fill out a web survey. 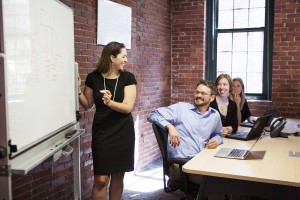 Looking to set up a one-time or longitudinal study using text messaging as one your interview methods? Contact one of our friendly software engineers for a demo and we’ll walk you through how to use Instant Census’s survey builder and explain how text message surveys can achieve higher response rates and faster response times that email or phone surveys.