On July 10, 2015, the FCC clarified US regulations around automatic text messaging by releasing its TCPA (Telephone Consumer Protection Act) Omnibus Declaratory Ruling. What follows is our best understanding of how to make text message surveys comply with the new positions the FCC outlined in the 2015 Omnibus Ruling. But we are engineers, not lawyers, so this is not legal advice!

Background On The Law

United States text messaging laws are complicated and change frequently. They largely originate from the Telephone Consumer Protection Act of 1991, which was passed a year before the SMS was invented.

Every few years the FCC has issued clarifications and updates to the regulations; the 2015 Omnibus Ruling changes some rules that the FCC issued in 2012. As evidence of how in-flux the rules are, only 2 of the FCC’s 5 commissioners approved this most recent Omnibus Ruling; 2 others partially approved it, and 1 dissented.

The main purpose of the TCPA is to prevent companies from sending unwanted telemarketing spam. Because of that, we can summarize the law’s restrictions on text messages in two points:

You Need Consent, Even For Non-Commercial Text Messages

In 2012, the FCC ruled that there were different standards of consent for commercial and non-commercial messages. As of July 10, 2015, that’s no longer the case and the FCC now treats all messages the same.

First, the Omnibus Ruling clarifies that automatic SMS messages fall under the same restrictions as robocalls:

“…raises the issue of whether SMS text messages are subject to the same consumer protections under the TCPA as voice calls. We reiterate that they are… the Commission in 2003 determined that the TCPA applies to SMS texts.” (paragraph 107)

Then the Ruling says that all non-emergency messages require consent, regardless of whether they’re for commercial purposes:

“the Commission’s policy, consistent with the plain language of the TCPA, is to treat informational and telemarketing calls to wireless phones the same. We do so again today, and find no reason here to differentiate the two.” (paragraph 69)1

People Can Opt-In Verbally Or In Writing, But You Must Document It

One point in the Omnibus Ruling actually makes it easier to collect opt-ins for SMS surveys. Previously it was unclear whether written consent was needed to send non-commercial texts; but the FCC now explicitly explains that verbal consent can count as an opt-in:

“For non-telemarketing and non-advertising calls, express consent can be demonstrated by the called party giving prior express oral or written consent or, in the absence of instructions to the contrary, by giving his or her wireless number to the person initiating the autodialed or prerecorded call.” (paragraph 52)

However, if you’re running a survey, the burden is on you to document that you’ve received the necessary consent from each participant in the survey:

The FCC is vague about how to document consent, but suggests that “proper business records” are adequate:

“The well-established evidentiary value of business records means that callers have reasonable ways to carry their burden of proving consent. We expect that responsible callers, cognizant of their duty to ensure that they have prior express consent under the TCPA and their burden to prove that they have such consent, will maintain proper business records tracking consent.” (paragraph 70) 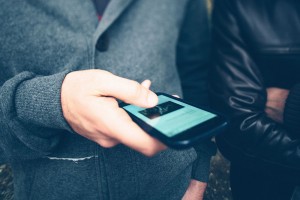 Anyone Can Opt Out At Any Time By Texting STOP

The FCC requires that if a respondent sends a message with just the word STOP, you must stop texting them immediately3 (although you’re allowed to send a single confirmation message to tell the person that they’ve been removed).4

Instant Census handles this automatically when someone texts STOP, and it’s case-insensitive, so STOP, Stop, and stop all do the same thing. Instant Census sends one opt-out confirmation message and then immediately ceases texting that person’s number. People who have opted out can opt back in to Instant Census by texting START.

The Omnibus Ruling also announced that people must be able to opt out “through any reasonable means.” (paragraph 55) This part is especially vague, but it appears that if a person calls, emails, writes a letter, or asks in-person to be opted-out of automatic text messages, you must stop sending them text messages.5

You Should Include Certain Information In Your First Message

In your first message to the respondent, you have to:

Instant Census automatically sends a message with this information (customized to identify the organization sending the survey) to new respondents when they’re enrolled. If we’re sending respondents a survey every week, we only send them this informational intro message once, at the start of the first survey; we don’t re-send it every week.

Want more detail? Curious about how consent regulations apply in a specific case? Want to know more about how Instant Census complies with these laws? Get in touch!